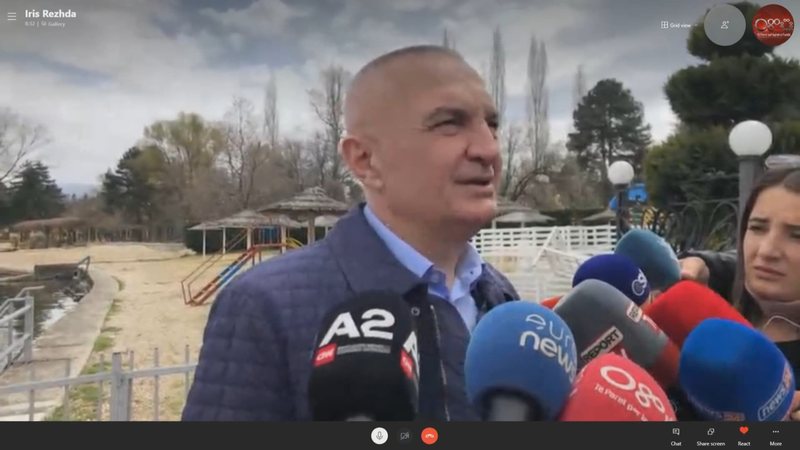 President Ilir Meta continued in Pogradec, the tour of meetings with citizens where there were strong political accusations against Prime Minister Edi Rama.

The use of personal data of citizens received by the electoral headquarters from the e-Albania portal, the head of state described as scandalous to the institution he leads has officially asked SPAK to investigate.

"He uses such vile forms, through which he puts pressure on Albanian citizens, misuses their data for the purpose of blackmail and intimidation in order to intimidate them," said Meta.

The time when Albanians were afraid of the government, said the head of state, is over forever.

"It is over forever, the last date was March 2. Now begins the time when the governments that will come, not the one that has left because it only breaks the law every day," said the President.

In recent weeks, Ilir Meta has been engaged in denunciations and accusations of misgovernance in Vlora. Today he said that the mayor Damjan Gjiknuri and the deputy mayor Afrim Qendro, should have been in prison today, while for the prime minister there was a personal attack.

"Edi Rama has been caught red-handed and on April 25 you will see him in Vlora, I will be there because Vlora is the place of Albania's historical moments, it is the center of gravity of the explosion and popular anger against the invaders," concluded Meta.