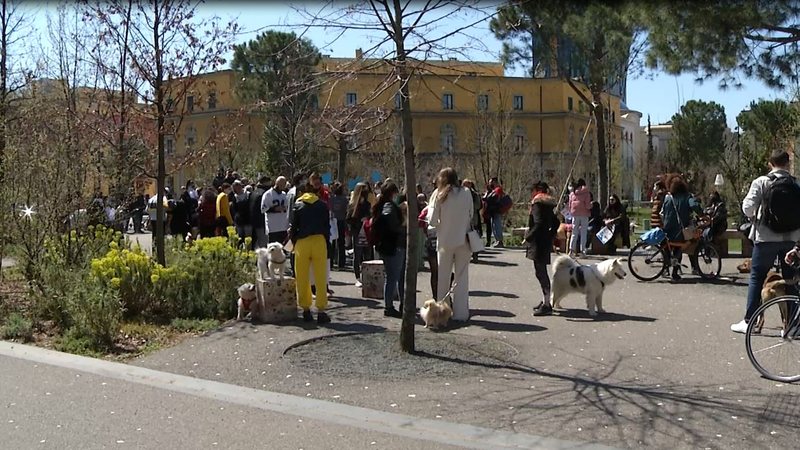 Videos posted on social networks on animal cruelty and killing have released for the third day in civil protest and members of civil society. They reiterated the appeal that animals do not pose a danger to society, so they demanded a ban on acts of rape and killing of dogs or other animals. Participants said they would protest again, even filing a lawsuit with the SPAK.

These images of animal cruelty and killing sparked protests by citizens and members of civil society on the third day.

The lack of official reaction from the Municipality of Tirana, according to them, proves that the accusations of cruelty and killing of animals are true.

"We are waiting for him to come out, we will continue. But what will he say even if he came out?”

"We expect a reaction as soon as possible from the relevant bodies."

In front of Tirana’s Municipality building, protesters unanimously demanded the creation of another animal shelter, as the current one promotes their mistreatment.

"We are witnessing daily mistreatment, the extinction of animals."

The case will be pursued legally as in the coming days it has been announced the filing of a lawsuit in the SPAK.

"Maybe we can not continue these 2-3 days because we are dealing with the legal issue."

Reiterating the appeal that the animals are not dangerous, the protesters said they agree to fine those who do not follow the rules.

"We are protesting for these irresponsible individuals to be fined. Even the road that becomes herds is the responsibility of the municipalities that branch them from one city to another.”

The participants warned that they will protest in the coming days until the issue is resolved.