They Left The Socialist Party And Joined The Democratic Party, Basha Awaited Two Socialist Officials In His Office 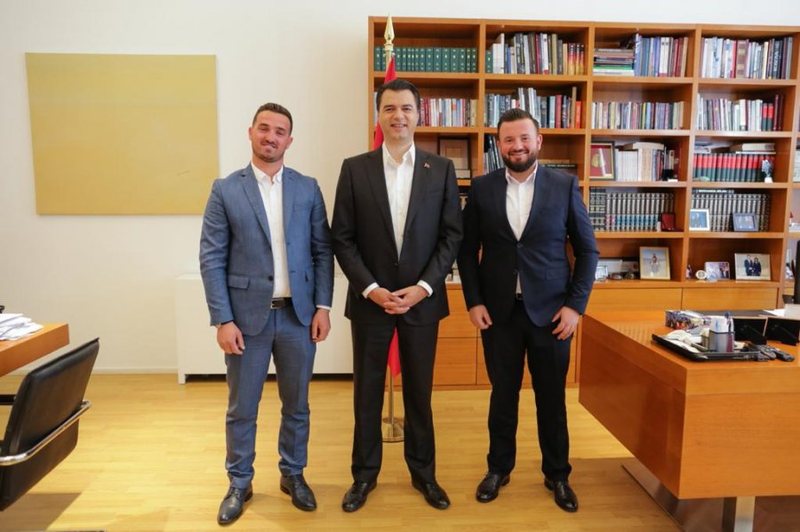 Serian Mazreku and Ardit Kërtusha, two activists and important figures of the socialists in the coastal city have expressed sadness for the capture of the city by what they call the narrow interests of former mayor Vangjush Dako.

Mazreku, administrator of the Kënetë administrative unit, has called on all his relatives to support the DP and not to accept alms, implying the sale of the vote.

On his part, the former president of FRESSH for the city of Durrës, Ardit Kërtusha said that the city has remained hostage to the interests of Dako.

Kërtusha mentioned the arrogance of the Municipality of Durrës, the lack of services for the citizens and its lack of real leaders. The two Socialists also seemed very revolted by the climate within the ruling party. According to them, the offices of the Durrës SP have been usurped by strong and criminal figures. The alternative offered by the SP, they say, is the silence and the departure of young people from the country.

The opposition leader said he wanted to see a race of ideas and programs between the parties, which is not happening because the government has not presented an alternative. Basha was enthusiastic about the fact that there are socialists who want change and find change in the Democratic Party. Basha welcomed the contribution of the Durrës socialists and invited all socialists who love the country and want to make a difference for the sake of their children's future.

The socialist youth expressed revolt with the political climate within their party, with the cynicism and grotesque notes prevailing in the political language of its leaders. Kërtusha pointed out the difference he saw between Basha and Rama when he stressed that ‘here I find a leader far from irony, grotesque notes and disregard’. He condemned the hate speech and called for "the removal of a leader who can no longer run even his house, the Socialist Party, no longer the country, Albania."

While Basha said that on April 25 not only Albania is liberated, but also the Socialist Party. According to him, with the expected change of April 25, Albania wins, the ordinary socialists also win. "We will build this country that is blessed by God with human and natural resources," Basha said, stressing that his political philosophy is not division, but unification for the good of the country.

In the end, Basha welcomed the two socialist officials in what he called 'the greatest unification of Albanians in the last 30 years and the end of the transition'.