The Fine Of 110 Million Euro To Becchetti, Basha: Albanians Will Not Pay It. We Confiscate The Assets Of Corrupt Rulers 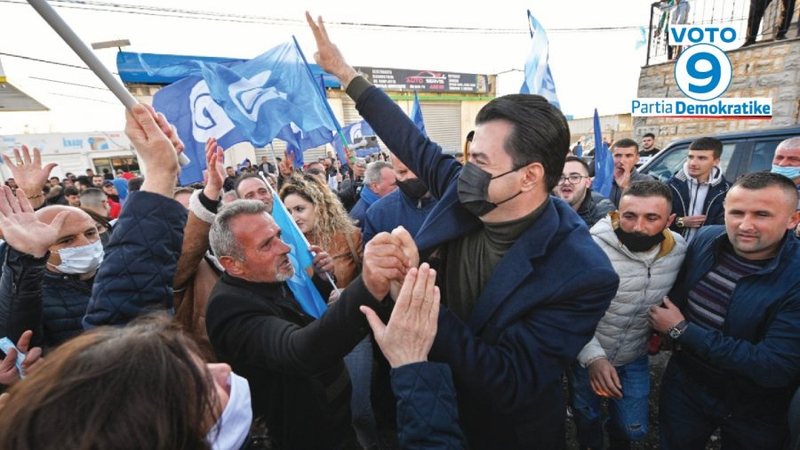 As in many other cities, the Democratic Party chairman was enthusiastically awaited by many citizens.

He was greeted with the shouts ‘O Lulzim, o hero, all Albania loves you!’.

During his speech, the opposition leader also touched on the 110 million euro fine that the International Court of Arbitration imposed on the Albanian state in the "Becchetti" case.

Basha promised that this amount will not be paid from the state budget but will confiscate the property of corrupt rulers and their partners.

"110 million euros fine that Edi Rama will use the state budget to pay. It will not be paid from the state budget, but we will confiscate all the property of the corrupt rulers and their partners, because the tax money of the Albanians will not go to pay the whims of the corrupt rulers. On the contrary, we will do everything that this bill that burdens over 335 thousand Albanian families, I am talking about that agreement ", said among others Basha.

The International Center for the Settlement of Investment Disputes rejected the complaint of the Albanian government, sentencing our country with 110 million euros. This amount will be given to the Italian businessman, Francesco Becchetti, as compensation for the unfair closure of the television owned by him in 2015. The authority in which the complaint of the Albanian government was presented has considered unfair the claim to overturn the decision of the court of Strasbourg leaving it eventually in force.

The Albanian government's attempt to overturn the 110m-euro fine in the open trial by Italian businessman Francesco Becchetti has failed.

VOA reported that Albania has finally lost the lawsuit against the Italian entrepreneur regarding the compensation he requested for the closure of "Agon" television in 2015, described as an act with a political background.