Return Of The "Electoral Code" To The Assembly, Meta: To Enable The Reflection Of The Majority 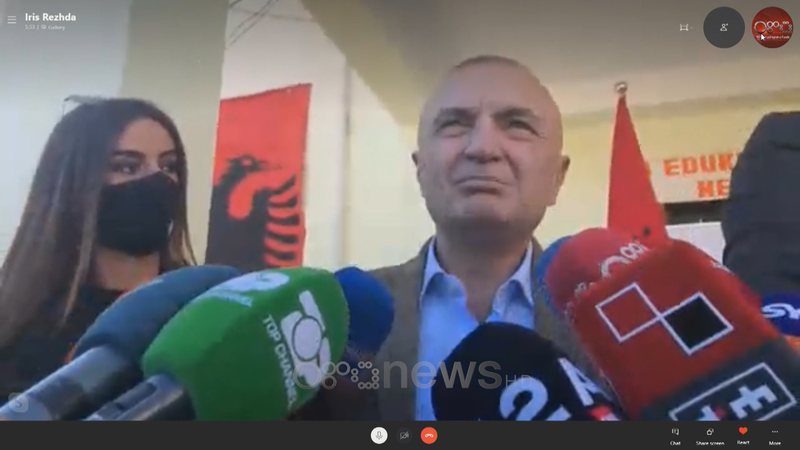 In a statement to the media from the city of Korça, the President of the Republic Ilir Meta commented on his decree for the return of the new Electoral Code to the Assembly and several other issues that have recently clashed with the Prime Minister Edi Rama and the majority by him.

According to Meta, the current parliament is in an unconstitutional situation.

The head of state added that this decree is an opportunity for the majority to get the June 5 Agreement back on track.

"Their call to the president to return this act to the Assembly. In order to get the act back on track on June 5, this was a major reason to give the majority another chance to reflect, to abide by this comprehensive agreement, otherwise it will undoubtedly bear a critical responsibility. Not only for this dangerous precedent in 3 decades unilaterally and for the endless delay of the negotiation opening process. Respecting this agreement is an indisputable condition for the EU," said Meta.