Rama Mocks Meta From Fishta's House: He Gives The Decorations To Himself, To Give Him An Imaginary Power 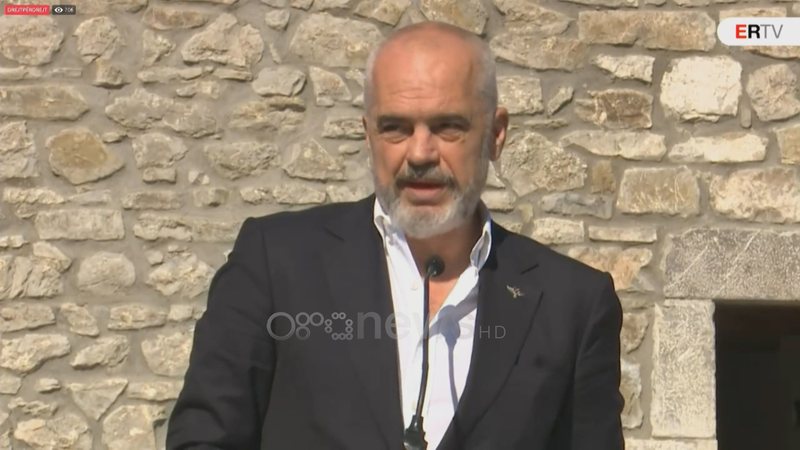 Prime Minister Edi Rama participated in the inauguration of the renovated house of the great writer Father Gjergj Fishta.

But during his speech, the Prime Minister did not spare the irony and harassment of the President of the Republic Ilir Meta.

According to Rama, Meta gives the decorations to himself to give an imaginary power over others.

"Meanwhile, here I would like to recall a fact, the fact of humiliation of Fishta for a long time by those who, not being able to destroy his lute, even though they locked it and made it very difficult for us to touch it, desecrated his grave and bones.

Unfortunately, things did not go well for Fishta even when the regime changed. His name was used as these decorations that are distributed today, which are decorations for those who give themselves, to give an imaginary power over others.

Thus Fishta entered into the mouths of all those who behaved like the humble ones of freedom and democracy. In fact, the stones of his house were taken when his name returned to the stage as a reference point", said Prime Minister Edi Rama.