Meeting With Dendias, Meta: Agreement On The Sea, In Accordance With The UN Convention 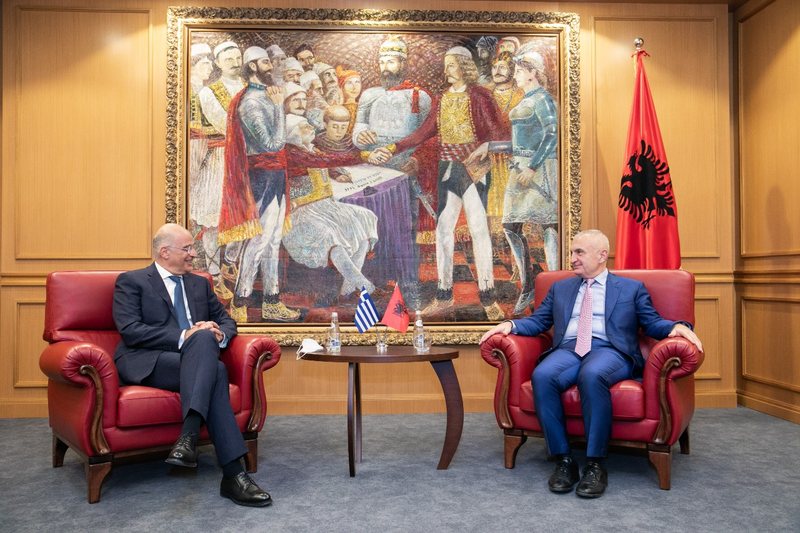 After the meetings with the incumbent Foreign Minister Gent Cakaj and the Prime Minister Edi Rama, the Minister of Foreign Affairs of Greece Nikos Dendias was received in a meeting by the President of the Republic, Ilir Meta.

During the meeting, as the presidency informs, Meta said that Albania-Greece relations are among the main priorities of our foreign policy and stressed that these relations should continue to develop in the spirit of good neighborliness, linked by strategic interests, close partnership in NATO, the common European perspective and the economic interests of both countries.

Regarding the agreement on the sea, the head of state has asked to be resolved in accordance with the UN Convention on the Sea and respecting the decision of the Constitutional Court of Albania, of 2009.

"The agreement on this important issue must be in accordance with the United Nations Convention on the Law of the Sea, with the legislation of both countries and the Decision of the Constitutional Court of the Republic of Albania", underlined President Meta.

The Head of State assessed that the Greek minority in Albania is a strong bridge for our long friendship and together with the Albanians living in Greece constitute the foundations of our healthy and long-term relations.

The head of state also expressed gratitude for the solidarity and support of Greece in the case of the earthquake of November 26, 2019, as well as for cooperation regarding the situation created by the COVID-19 pandemic.