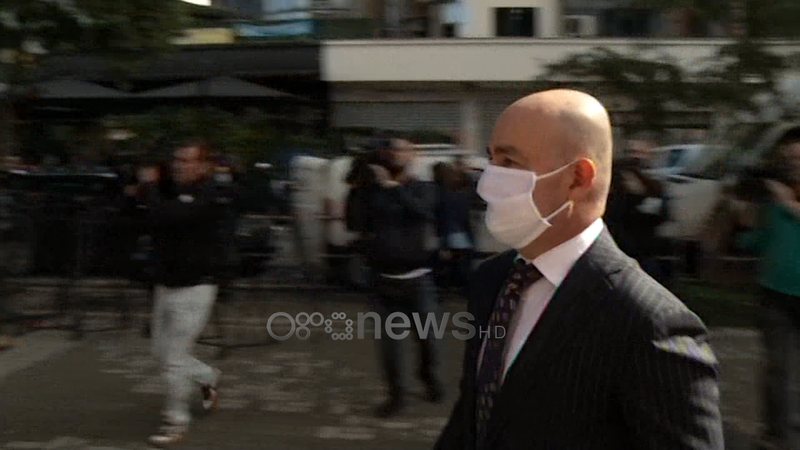 Artan Shkëmbi, the suspended head of OFL, will appear today before the Court Against Corruption and Organized Crime to get acquainted with the security measure.

The decision was expected to be taken yesterday but at the request of the accused and his lawyer Artan Broci was postponed to today.

The deputy director of OFL has been suspended from duty, as he is accused of deconstructing OFL operations and corruption. German authorities informed the SPAK that a senior Albanian police officer had leaked the secret. For this reason, the SPAK requested the Special Court to suspend the Deputy Director of Operation Rule of Law, Artan Shkëmbi.

According to investigations launched by SPAK, Shkëmbi has used a coded program to send messages regarding a drug trafficking investigation launched in Germany, extending to Albania.

According to the investigation, it turns out that he used the paid program to extract information about the case in question.

In February of this year, when Shkëmbi was also a candidate for the head of the National Bureau of Investigation, the External Evaluation Commission identified problems regarding the property criterion but also in the purity of the figure where Shkëmbi turns out to have been an operating employee in the former -Security of the State and that it has not correctly filled in the decriminalization form.

Professional skills - “The level of education corresponds to the task. Job ratings over the years are positive. Career advancement is made according to the legislation."

But despite these, the KJV confirmed Artan Shkëmbi in office.