DP Makes The Third Report, Sends To SPAK The Incinerator Of Fier 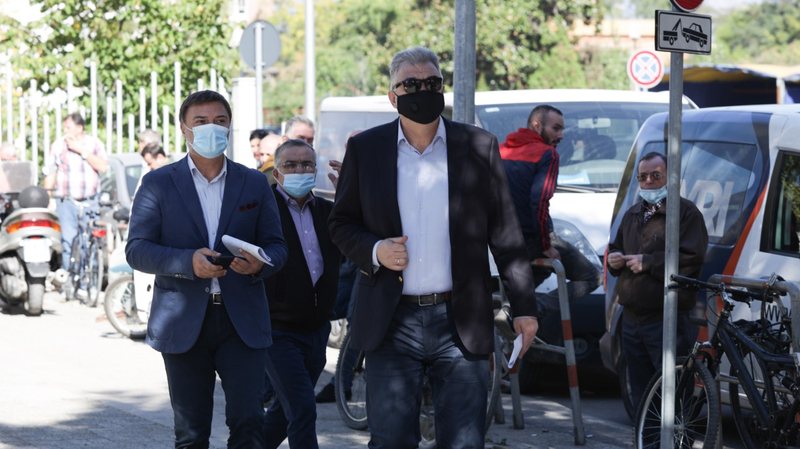 Representatives of the Democratic Party submitted the third lawsuit to the Special Prosecution requesting that the SPAK start investigations into the Fier incinerator.

Çlirim Gjata and Enkelejd Alibeaj described the procedure followed in this case as a purely corrupt affair carried out in cooperation by a number of state officials who have the opportunity to provide millions of euros from the state budget.

The opposition filed a third lawsuit against the incinerators in the SPAK, urging the prosecution to launch an investigation.

Former MP Enkelejd Alibeaj and the Secretary for Legal Affairs in the Democratic Party, Çlirim Gjata, who have previously submitted reports for the Tirana landfill, and the Elbasan incinerator, have already requested an investigation into the waste processing plant in Fier.

Enkelejd Alibeaj: “The race was done in violation of the law. Due to the amount of 28 million euros, which would be the cost of the project, it would have to be published in at least one European newspaper in order to have competition, there would be other investors who could participate in the race. Nothing like that was done, because the winner was predetermined, it was Klodian Zoto. And that was the first violation.

The second violation- Once the winners were declared, a strange thing happened that day. The Italian, the Italian firm, which was taken for the experience which is a necessary legal condition, sold its quotas; 20% of it. How much did they sell you say? For 20 thousand new lek (200 thousand old lek). So, only for 20 thousand new lek is sold for 20% of the company's capital.

He has just won - and here we come to the third violation, without throwing a shovel and, as it is said in these cases, he received a full 5 million euros in his pocket, zero investment "

Gjata said these lawsuits were treated as a structured criminal group, abuse of office and inequality in tenders as the suspects co-operated with each other.

Çlirim Gjata: “We are in a circle within the same people, who have therefore benefited and are considered as a structured criminal group, starting from the Prime Minister, the relevant ministers and to the people who run these companies. So, we have again a company, which without money, without competition, without any experience receives 28 million euros from the government, while it receives 15 million euros in loans to make the relevant expenses"

They asked the Special Prosecution to react to the theft that is being done to citizens through millions of euros given from the state budget for incinerators.