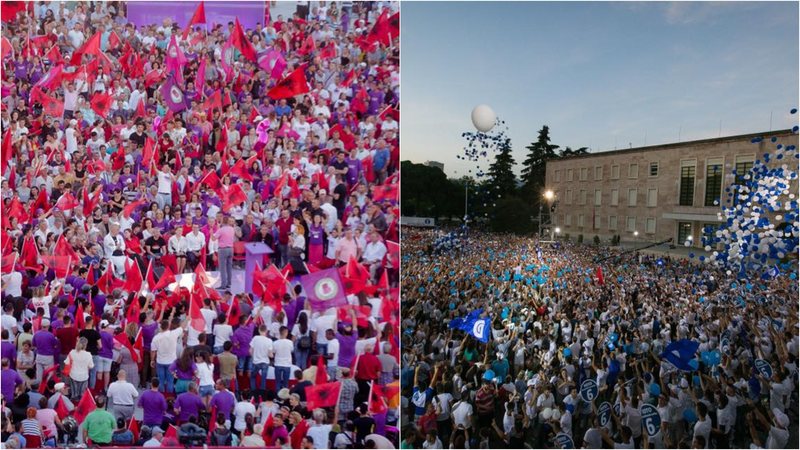 On the day of the official start of the election campaign, the EU delegation calls on parties and candidates to focus their debates on relevant political programs and the reforms they aim to present to improve the lives of all citizens.

"The head of the EU Delegation and the Heads of Missions of the EU Member States in Albania have closely followed the preparations for the parliamentary elections and the election campaign so far. The start of the official campaign is the opportunity for parties and candidates to focus their debates on relevant policy programs and the reforms they aim to introduce to improve the lives of all citizens.

At this point, we recall the importance of constructive and inclusive political dialogue, as illustrated in particular by the broad cross-party consensus that led to the June 5 agreement with the Political Council on electoral reform. The same spirit should inspire the election campaign based on mutual respect, dialogue and moderate behavior, and to develop peacefully without provocative rhetoric and without hate speech.

Transparent, inclusive, free and fair elections and respect for their outcome are important to ensure the legitimacy of the new Assembly and the new Government. We are confident that all relevant Albanian institutions and political actors will act in accordance with international standards and the decisions of the Central Election Commission.

We encourage the citizens of Albania to exercise their right to vote by respecting all measures against the COVID-19 pandemic.

We welcome and support the efforts of Albanian civil society organizations to observe the election campaign and the Election Day process. The international community is actively supporting and monitoring the entire election preparation and development process, primarily through the ODIHR mission. on election day, the EU Delegation and the Embassies of the EU Member States will also visit a large number of polling stations.

We stand by Albania on its path to EU membership."