Basha With Professional Girls: You Have No Balance For 8 Years And You Keep Promising For The Next 4 Years?! 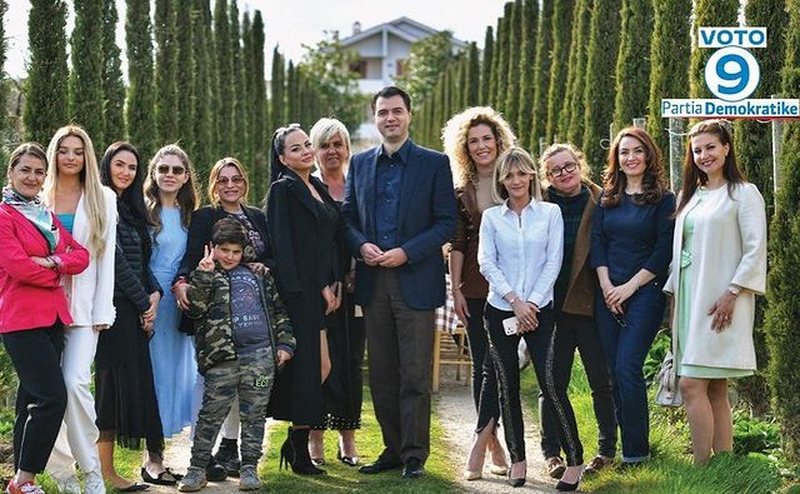 After meeting with businesswomen in Elbasan, the chairman of the Democratic Party Lulzim Basha this afternoon met with various professionals to discuss the governance program.

In this meeting, well-known TV personalities such as the daughter of the former Democratic MP, Ada Deda and the moderators Fatma Haxhialiu and Sara Gjordeni were also present.

According to the leader of the Democrats, the disruption of the balance of society has its origin in 8 years of failure and without any balance of a man who uses politics as an art of deception.

"Especially in conditions when the stomach is empty, the table is empty, the cupboard is empty, the box is empty, the pockets are empty. Crisis which has progressed year after year these 8 years. In these moments then… that even the Romans called it bread and circus but it was bread the first. He just said circus, I have nothing.

And when you do not have balance then you find it harder to build credibility. What will you promise? You have no balance for 8 years and you promise for the next 4 years. Politics can be the art of service or the art of deception.

It is the art of service when I follow a rational, when I maintain the relations between what I promise to do, the balance I have made or that I have made and the judgment then made by the voter by vote. This is the essence of democracy.

The second side for my generation, we remember the pathos of the regime and with all the poverty that hypocrisy, the terror, there was a hypocrisy with which the day began and ended. So were the hypocrites with each other because the consequences of not staying in the political line party-state were very serious, it was imprisonment", said Basha.