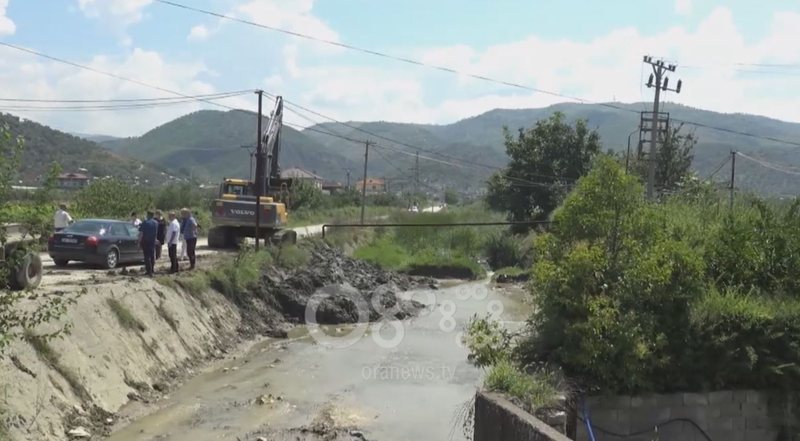 Infrastructure that is totally debilitated and residents' own interventions for irrigation have been determined as the main reasons for the pollution of drinking water in the villages of Otllak and Orizaj in Berat.

The pollution problem of the drinking water was raised five days ago by residents of the two villages, denouncing to the media that the water coming from the taps in their homes was highly polluted and as a result could not be consumed.

Berat-Kuçova Water Supply and Sewerage Director, Refat Arizi, said that the ultimate solution to this concern will be the replacement of the distribution network, at an expected cost of about 200 million lekë.

"This pipeline is about 55 years and I want to emphasize that it completely rusted, 100%. The second reason is that this area is almost informal. Over the past 30 years, all the buildings built here have taken water privately," said Refat Arizi.

On the other hand, to eliminate the pollution, employees have been working on the ground for several days to eliminate illegal connections and clean the entire network with plentiful water.

"We as an enterprise do not have this economic opportunity. We have sent a letter to the municipality; the municipality is looking into it and will also address the Municipal Council with this problem," said Refat Arizi.

Drinking water pollution is high mainly in summer, as water levels reduce, which also affects the traces of waste from the pipeline.