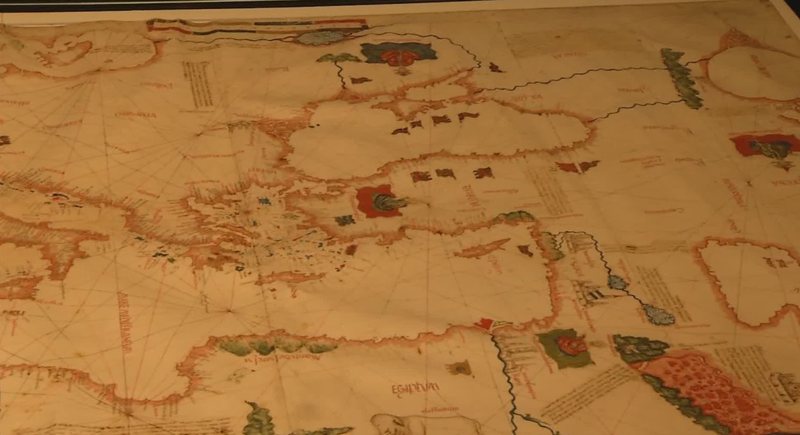 A rare and somewhat ancient map, realized on cow hide and dated back to 1455 has, for the first time, been on display for the public with an exhibit held right here in Albania.

The map depicts the name of our National Hero, in the form of "Scandrebeco" and, under the framework of the National Year of Skanderbeg, the rare marine artifact is available for viewing at the Prime Ministry.

Missing for two centuries, the map was found in the wall of a cellar and in turn became part of the Rome Library of the 18th Century. Artan Shkreli says that this document gives further confirmation to some historical facts.

"This is an important discovery, not just because of the name of our Hero is on the map, which is unique, but also in the fact that the map dates back to 1455, a time when Skanderbeg's fame was at a peak in Europe.

"The map was made by Bartolomeo Pareto," said Artan Shkreli.

The rare historical evidence has attracted the curiosity of many visitors.

It will be returned to Italy in two weeks time.

The National History Museum has also been a point of public interest today, with the work of 54 painters being displayed in an exhibit which focuses on our country's national hero.