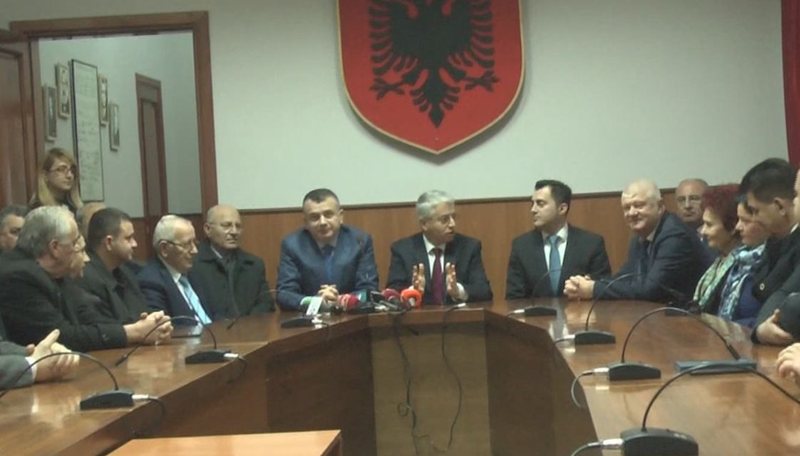 Qazim Sejdini appears not be the Socialist Party candidate for a fourth term in the Municipality of Elbasan.

SP Parliament Speaker, Taulant Balla along with the general secretary said that the Socialist Party wants to give new energy to the city of Elbasan.

Taulant Balla said that the prefect has the duty to guarantee their service to the citizens. “Gledian Llatja has the backed support to carry out his duties as the mayor of Elbasan in the best possible way.”

“It will intensify the important role that the prefect plays as the representative in a territory controlled by the Prime Minister and government, who must verify any problematic political-related issues in all areas,” said Balla.

One of the potential candidates to replace Qazim Sejdini, may in fact be Gledian Llatja, who since today has been named as Prefect of the District, as well as the actual Mayor of Elbasan.

Gledian Llatja's nomination is the first step by the government to replace the team of Former military prefects. Interior Minister Sandër Lleshaj said that this move is meant to give a new spirit.

“With the arrival of Gledian Llatja, the government gives a new message of support and attention to the district of Elbasan and we hope that Llatja will bring a spirit that is representative of his age.

Meanwhile Sejdini himself stressed that his administration has made all the preparations for the June 30th elections.