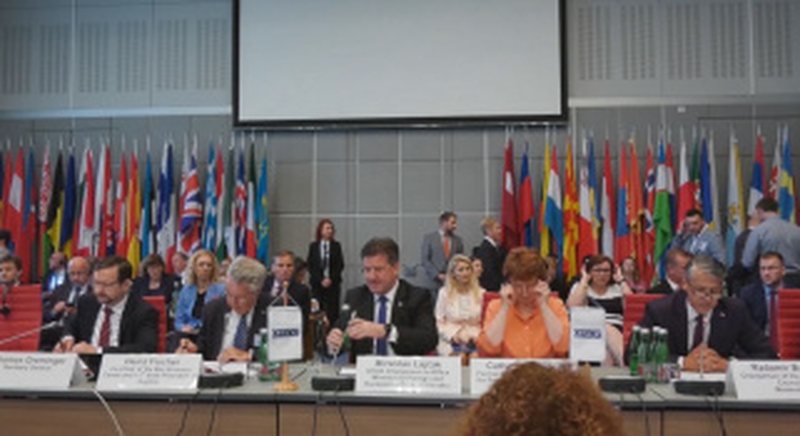 Negotiations to resolve the political crisis in Albania appear to be far-reaching.

Even the OSCE delegation has indicated that the visit planned for the 17th and 18th of September will not be realized, instead choosing to postpone their trip to Albania.

The OSCE press office announced to RTV Ora that the postponement has been caused as a result of a busy agenda.

A month ago, it was announced that the OSCE Parliamentary Assembly Secretary General, Roberto Montella, would lead a delegation to talk with party leaders in Albania.

At that time, it was stated that it will not be a negotiating term, without having a request from all parties.

Meanwhile, the Prime Minister, Edi Rama, will pay a visit to Germany as requested by the CDU/CSU.

On the 13th of September, Rama is expected to meet with Chancellor Angela Merkel. It has been learned that the meetings will deal with integration negotiations, with Germany being one of the countries that have yet to make a final decision.

Also another German delegation is expected to arrive in Albania next week where the focus remains the crisis.

The opposition has accused Prime Minister Rama of a vote-buying scenario and of linking the government to the world of crime.

It is for these reasons that the Opposition has demanded the Prime Minister resign, withdrew from their Parliamentary mandates last February and refuse to recognize the election which occurred on June 30th as legitimate.

Due to the tensions and protests, the President cancelled the June election and decreed October 13 as the new local election date.

The act was considered null and void by the Socialist Party, who were the only party with candidate offerings in most of the municipalities for the June 30 elections, resulting in them winning all 61 municipalities.