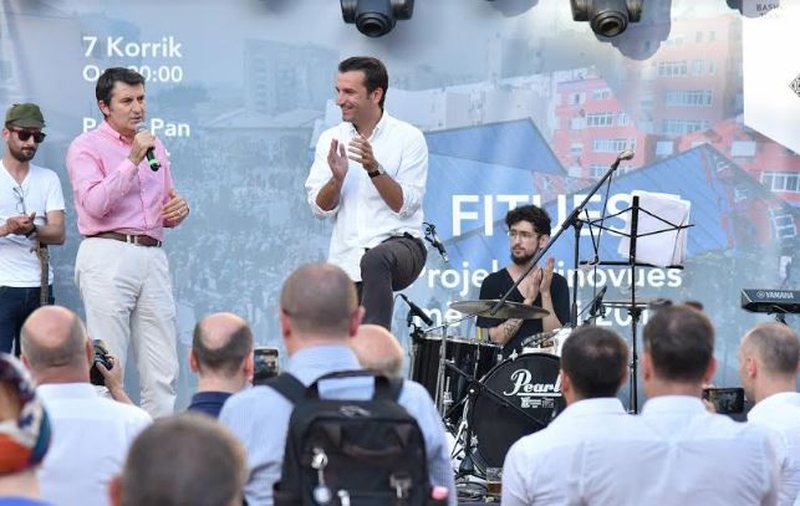 A festive music ceremony and a handicraft-show fair, to show not only that the New Bazaar has become destination for tourists and visitors, but also to get acquainted with our ethnography and artisan products as proof of our national values, was held yesterday.

The New Bazaar was honored a few days ago in London with the award as the "Best Renewal Project of the Year" in Europe, with Mayor Erion Veliaj and co-head of the Albanian-American Development Foundation, Martin Mata, part of the cultural activities.

"Not only in Albania, but wherever new things are done there is always resistance, hesitation, suspicion.

"There are people who are skeptical, cynical, who say: This place should not be touched by these particular people. The question is: if not here, where? If we do not renovate this venue or that venue, who else is going to do it?

"So, I want to give applause to those who have done this. Applause for the traders, caretakers, cleaners, policemen, artists and artisans who have joined us today," said Erion Veliaj.

As the law on the theater awaits either the approval or rejection from President Ilir Meta, Veliaj once again brought to the attention of the artists who expressed skepticism that the building will be the beautiful, high quality product that our city deserves.

"We have already learned that new things cause resistance. In the lastcouple of months we have been involved in the debate on the theater, and of course, if we had done it in Sweden, Norway or Denmark, it would be very simple.

"But we want this beautiful thing to be done in Albania."

"That is why it is very good to have debates, protests, discussions, because the end product will come out more beautiful and more qualitative. In the same way we need the New Bazaar, New Boulevard, and New Square; of course we also need a new theater."

"If we do things with love, not trying to hinder each other, not slandering, but giving power to transforming Tirana, then this is just the beginning and the best is yet to come," added Erion Veliaj.

Co-Head of the Albanian-American Development Foundation (AADF), Martin Mata, said that the New Bazaar is the most typical example of the change that has occurred in this area, which has been returned to its citizens.

He also assured the continuation of successful investments for the Pyramid's transformation.