In the name of European values, Basha: Early elections to allow for the return of parliament to the citizens

In the second stop of what the Democratic Party has labeled the "Hope Tour", DP Chair Lulzim Basha spoke from Lezha today. The tour is seeing him hold meetings with his membership base ahead of the protest to be held on March 5.

After discussions in the local presidency, the DP chair has made it clear that the opposition action for the removal of Edi Rama will combine citizens protests under the slogan 'the Democratic Party for a European Albania.'

“The next action will be the combination of powerful civic protests under the slogan of our vision. A new program for Albania. A Lezha of hope, where the future belongs to the Albanian people and not to gangs and crime,” said Basha.

The meeting was held behind closed doors, but it has been learned that Basha gave his full appreciation to the Mayor of Lezha, Fran Frrokaj, adding that he supports Frrokaj in running for a second mandate.

Asked if the opposition would participate in the local elections, Basha replied:

“We have time to talk about everything.” 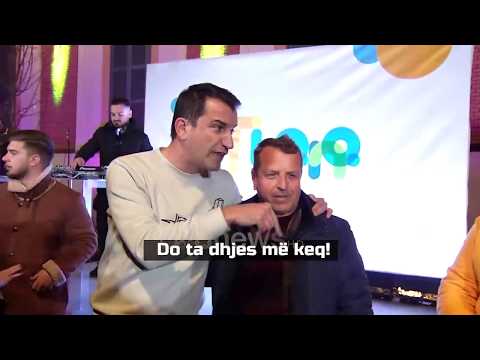