In 2015, Rock band ‘Laibach’ became the first and only musical act to have held a concert in North Korea!

After receiving special permission from the communist-country authorities, a filmmaker and a photographer are able to introduce an unknown part of Korea to the world.

The exhibition "Guardians of Paradise, Man and People in North Korea" and the documentary "Liberation Day" have already arrived in Gjirokastra.

The selection of the city and our country was not a coincidence.

“Gjirokastra and Albania were once like Korea. The images and the film 'Liberation Day' will remind of this past. The exhibition also offers an image of how Albania could be if communism had not fallen,” said filmmaker, Morten Traavik.

The director addresses the idea that paradise can only exist under strict rules, but even then, there can be no heaven because man and his organization are not perfect.

Meanwhile, images are not interpreted, but often accompanied by propaganda slogans.

“I believe I photographed pieces of everyday life. Certainly censorship was there, but I did not feel too challenged.

“I could take pictures in schools, on the street, in shops, at work, and occasionally I was even able to talk to people,” said photographer Jörund Pedersen.

‘Laibach’ well-known for nationalist, fascist, neo-Nazi, totalitarian tendencies and wild sounds, arrived to perform a concert in North Korea for the 70th anniversary of the liberation of North Korea from Japan.

Increased Corruption, Tabaku: 1 To 3 Tenders Are Given Abusively

The Amnesty Also Benefits Those Sentenced Until December 31 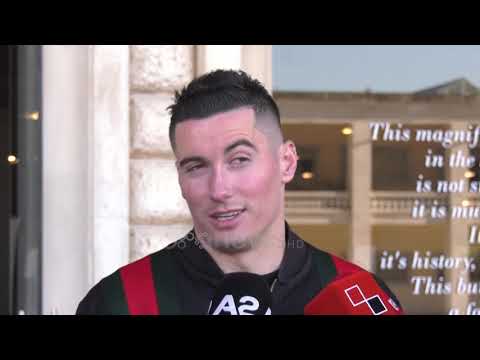 DP Shows Why Rama Does Not Arrest Lefter Alla