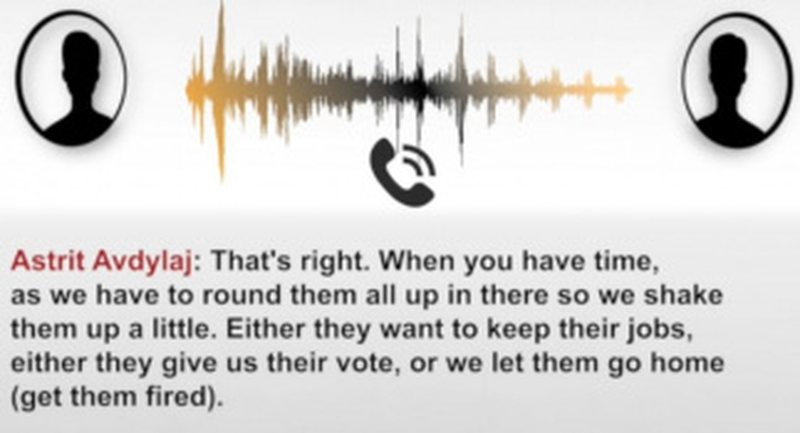 As it had previously warned, the German tabloid 'Bild' has published wiretappings from file 339/1.

The conversations detailed seem to prove that officials from the Socialist Party, including the Mayor of Durrës, Vangjush Dako, are enforcing orders given by leaders of mafia clans.

In the recordings it can be heard that Mayor Dako sets meetings with one of the leaders of the Shijak gang, Astrit Avdylaj, who is not only involved in the purchase of votes, but also in appointing MP candidate, Ilir Ndraxhi.

The interceptions are part of the official judicial surveillance file of the criminal investigation no. 339/1 2017.

The file belongs to the Anti-Mafia Prosecution Office and relates to criminal activity of an international drug trafficking organization known as the 'Avdylaj Clan' in the city of Shijak, Albania.

During months of surveillance, it transpired that, in the lead up to the parliamentary elections of June 2017, the Avdylaj clan was heavily involved in vote-buying and voter intimidation on behalf of, and in close cooperation with, socialist party high officials, including the Mayor of Durrës, Vangjush Dako.

The Serious Crimes Prosecution has immediately launched verification investigations into the wiretappings published by the German tabloid, 'Bild'.