Albania With The Biggest Economic Downturn In The Region, Meta: Time To Prevent Falling Into The Abyss 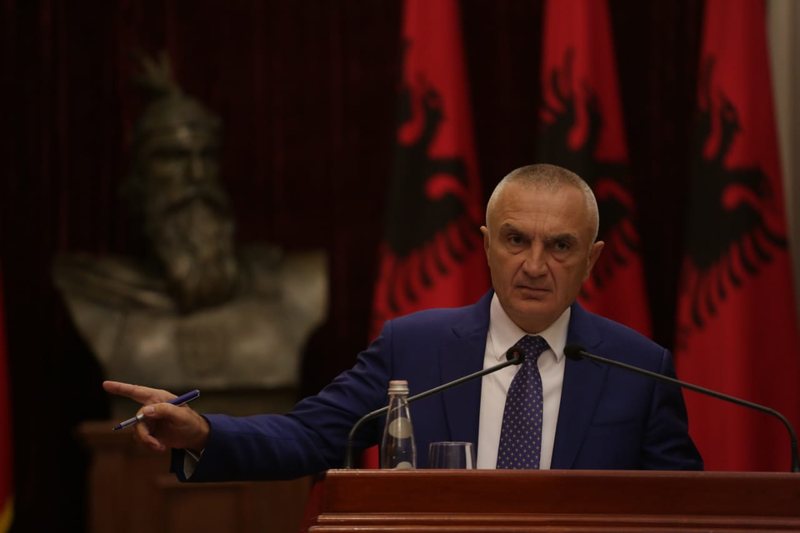 Gloomy forecast for Albania. This is what President Ilir Meta calls the EBRD's latest report on the country's economy.

According to Meta, while referring to the European Bank for Reconstruction and Development, Albania's economic decline is twice the average of other countries in the region, Ora News reports.

The head of state appeals to prevent the country's decline towards humerus, while adding that the June 5 agreement and economic stability are important for the national economy.

The full reaction of the president:

The European Bank for Reconstruction and Development has recently made a grim forecast for the near future of the Albanian economy, the most negative not only for the Balkan countries, but for the entire EBRD region.

Specifically, economic growth for the Western Balkan countries is expected to decline to -5.1% in 2020 as a result of the collapse of the tourism sector, global supply chain disruption, low industrial production, declining foreign investment, and remittances from diaspora.

While the economic growth forecast for Albania for 2020 is - 9.0% higher compared to countries in the region.

Albania's economic decline is twice the average of other countries in the region.

The pandemic has affected and negatively affected the performance of tourism, so much so that the decline in tourism activity has contributed more than 1/5 of the slowdown in economic growth.

Also exports for the 7-month period in 2020 have shrunk to -17%, compared to the same period last year.

The largest decline in exports was recorded with Italy, at about 40% for the period March - May 2020. While the decline in remittances from more than 1/5 has negatively affected the decline in consumption.

Under these conditions, any further escalation of the political crisis in the country would seriously endanger stability and insecurity for the citizens.

The time to prevent falling into the abyss is now!

Therefore, respecting the June 5 Agreement is key for political stability, but also for the national economy and that of every Albanian family.

The European Bank for Reconstruction and Development estimates that Albania's economic recovery after two shocks from the earthquake and the pandemic will not be easy.

According to the "Global Economic Outlook in EBRD regions", the Albanian economy will decline by 9% in 2020 and is expected to grow by only 4.5% a year later.

Contrary to what was predicted in May that the country's economy would have a rapid recovery by 12%, this estimate has already been reduced by 7.5%.

This is the largest downside review not only in the Balkans but for all EBRD regions.

The pandemic has affected the Albanian economy mainly through its negative effect on tourism, which normally contributes to more than one fifth of the country's Gross Domestic Product, the EBRD states.