22nd Anniversary Of NATO Bombing, Kurti: Justice For This Crime Of Serbia Has Not Been Established 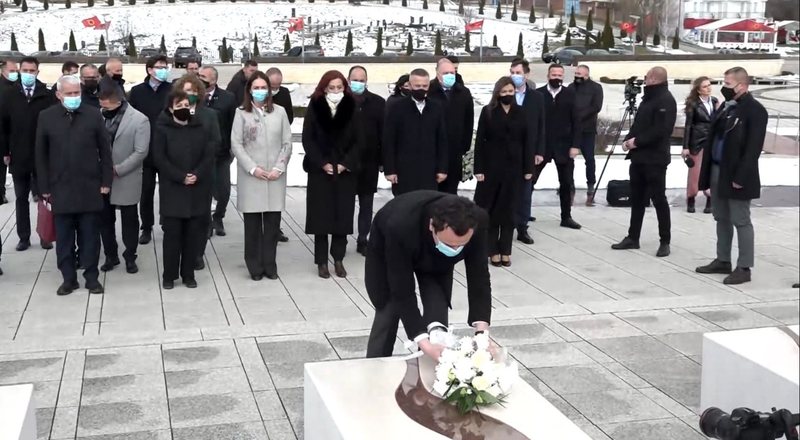 The launch of NATO airstrikes against Yugoslavia, 22 years ago, would fulfill Kosovo's desire for freedom and independence. 78 days of bombing ended with the capitulation of Yugoslav forces, after a long genocide against Kosovo Albanians.

Kosovo and Serbia commemorated the 22nd anniversary of the launch of NATO airstrikes.

The first bombs were dropped on March 24, 1999, at strategic positions in the Yugoslav Army, by order of US President Bill Clinton.

78 days later, after more than 1,200 killed on Yugoslav territory and over 10,000 wounded, President Slobodan Milosevic accepted the capitulation and withdrawal from Kosovo.

The new Prime Minister, Albin Kurti, and the government cabinet paid tribute on Wednesday at the "Adem Jashari" memorial complex in Prekaz.

Kurti said that Serbia has not yet repaid the damage of the genocide against the Albanians of that time.

"Their blood is never lost, their name is never forgotten and we go back and forth here in Prekaz to understand where we come from and to know better where we are going," said Kurti.

Serbia calls NATO operation 22 years ago one of the greatest crimes of the 20th century, unjust, as the attacks were not authorized by the UN Security Council.

Senior officials of the country and the majority of Serbian citizens, for this reason, still oppose the country's membership in NATO.